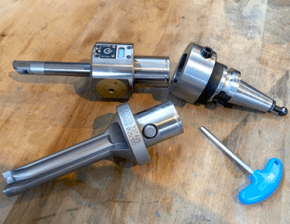 Unleashing the hidden potential of existing equipment with BIG-PLUS® spindles

Many machine manufacturers already have the BIG-PLUS® dual contact spindle system from BIG KAISER running on their production lines. However, most users do not yet realize the major benefits that this provides.

BIG-PLUS®-capable spindles are characterized by their high performance and backward compatibility with standard tool holders. The BIG-PLUS® tool holder substantially improves the rigidity of a tool, due to simultaneous taper and face contact between the tool holder and the machine spindle – and this in turn helps to improve surface finish and accuracy, and to extend tool life.

There are 170 licensed machine manufacturers who have taken the decision to use BIG-PLUS® spindles – and their number is growing all the time. It is surprising that the potential provided by these spindles, so often found in production halls, is often not fully exploited.

Thomas Nöth, Managing Director of the sports weapons manufacturer Hera from Lower Franconia in Germany, recognized this potential and acted accordingly. He places great importance on the efficient production of his company's premium products, but under no circumstances would he compromise his high-quality standards to achieve it.

And he doesn’t have to, because state-of-the-art CAD and CAM technology is used in CNC-controlled production processes to ensure both quality and process reliability. Two Milltap 700s milling machines from DMG Mori (with a BIG-PLUS® BT30 tool holder) and a DMU 50 milling machine from DMG Mori (with a BIG-PLUS® DV40 tool holder) are currently being used by Hera to improve production efficiency. All three machines are equipped with tools from BIG KAISER, and can be found in Hera’s production hall, which is headed by Daniel Krüger.

40 % time saving, but even the most rigid machining center is of no use unless ....

At just 25, Daniel Krüger is still quite young for a production manager, but having grown up with the company over many years, he has already acquired a great depth of experience.

Daniel has had a decisive influence on Hera’s choice of DMG machines and machining tools from BIG KAISER. The key factor in this decision was the need to machine a continuous 25.4 mm bore in the upper receiver of the AR-15 semi-automatic rifle. Its substantial depth placed extreme demands on the rigidity of the tool, which is a crucial factor in ensuring high accuracy and surface quality.

"We receive the AR-15 upper receivers as raw parts which we subsequently mill into their final form,” explains Daniel. “The flawlessness of the 'precision chain' is of utmost importance in this process. From the spindle via the tool holder through the tool and the workpiece into the chuck and back into the machine, everything must be perfectly aligned and run like clockwork. The most rigid machining center is of absolutely no use to me if my tool holder cannot keep up.”

"The DMG machines are ideally suited for this task because their SpeedMASTER spindles use the BIG-PLUS® system,” says Daniel. “Conventional BT or DV tool holders can also be used with BIG-PLUS® BT and BIG-PLUS® DV."

The advantage: unlike other machine spindle designs, BIG-PLUS® offers a simultaneous taper and flange system between machine spindle and tool holder. This ensures an extremely stable contact interface between the machine and tool, practically eliminating any vibration, chatter and deflection issues.

"The system really convinced me,” says Daniel. “Not only could we meet our quality requirements but by increasing the feed rate, we could also slash machining time by 40%."

Armin Salbaum from BIG KAISER's Application Technology & Production Optimization division explains: "Compared to a standard conical interface, the BIG-PLUS® system enables simultaneous contact between the taper and flange of the holder, resulting in much greater stability.”

“The tool is subsequently drawn into the spindle until its flat surface reaches the surface of the spindle nose,” continues Armin. “That's why it's so important that the holders are within tolerance. If not, as often happens with non-licensed copycat tool holders, the spindle can be severely damaged.”

"Basically, I can work with a 30 BIG-PLUS® machine spindle just the same as with a conventional 40 BIG-PLUS® DV40, and the rigidity of the BIG PLUS DV40 is more or less comparable to that of the DV50," says Daniel. "Apart from the fact that it is cheaper, a larger machine would not have fit into our hall, and our power supply capacity is already at its limit.”

“There are also situations where the smaller spindle is advantageous, because its reduced size allows it to move closer to difficult components,” says Daniel. “Ever since discovering this, we've been using BIG-PLUS® holders exclusively." 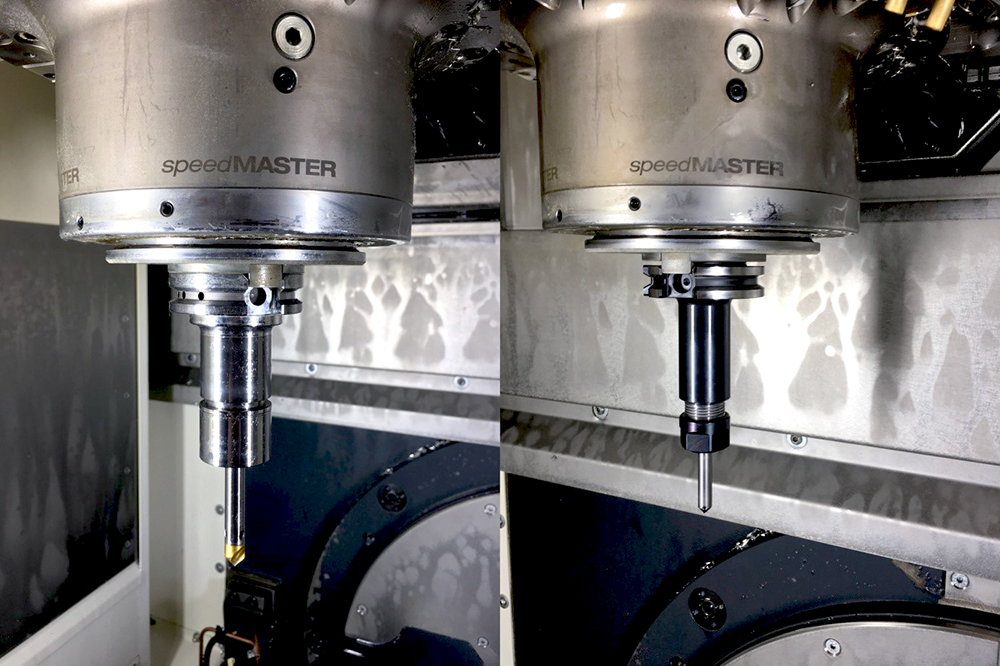 "This is particularly important for smaller companies like Hera," explains Daniel. "With the CK interface, I can insert extensions and reductions and use them with solid drills, fine boring heads and even drill chucks. I can clamp the whole thing in any tool holder and switch between machines, even though they may have different machine spindles.”

“The modularity that I am able to achieve and the reduction in the number of tools required is simply amazing,” says Daniel. “There are no errors, and we save time and prevent costly mistakes."

Hera was also able to effectively optimize its tool inventory management system. Daniel comments, "The nice thing about BIG KAISER tools is how they enable interchangeability. For example, since changing over to BIG KAISER, all inserts are now the same, and I can operate several systems and many more tools with just a single insert. It's so efficient! I don't have to stock as many consumable materials as before and have greatly reduced the potential for error.”

“Furthermore, we now achieve better results using a single cutter fine boring head that we always have on hand, rather than the special reamer that always had some procurement and delivery time issues,” adds Daniel. “Within the same machining time, I now have better surface quality and less scrap."

"The BIG KAISER ChipFan also proved itself as a great help,” says Daniel. “It is clamped into the machine like a tool and forms a part of the CNC program using airflow or coolant to initially remove any metal chips from the workpiece, and then all the remaining coolant.”

“It goes without saying that there is not always an operator standing at every machine cleaning up everything with a compressed air gun at the end of the machining process,” says Daniel. “We used to have problems with staining but that's now history. We also save both time and compressed air. The manual removal of chips always carries with it the risk of injuries caused by flying chips – that’s another issue that we no longer need to deal with.”

Investment in premium tools pays off

When Hera was founded in 2008, no one ever expected the success that their products would achieve. Just in recent years, Hera has shown such strong growth that a new machining centre has been purchased almost every year.

"As the boss of a small company, I was initially somewhat skeptical about Daniel’s ambitious equipment purchase plans,” says Thomas. “But since we have always placed great importance on the relationship between price and performance, we ultimately decided to use premium tools, and that decision has paid off every single time.”