Super Bowl Week, Who D’ya Got?

With the big game right around the corner, we took a stroll around the hallways of BIG Kaiser’s central offices, Hoffman Estates, Ill., to find out where our people’s loyalties lie.

“I want the 49ers to win, because the Chicago connection with Jim Harbaugh, he was a Bear!”
-Chris Kaiser, President/C.O.O.

“I’m a 49ers fan. I love California, my sister lives there – really want to go back for a visit. Also, the 49ers have good looking uniforms.”
-Vikki Giacalone, Business Development Representative

“Go Lions!!!…oh crap, I fell asleep and was dreaming. Hopefully no one heard that.”
-David G. Stonesifer, Sales Manager

“I will be watching with friends, food, and drinks, but unless the Bears are in the Super Bowl, I’m not partial to who wins. I’ve heard ‘Niner’s fans are awful, and it’d be fun to see Ray Lewis get his ass handed to him, so again, I guess I’m impartial. Also, we’ll see if Beyonce lip syncs or not, considering the hoopla after the   Inauguration (Though, who are we kidding-we all know the woman can sing. Does it matter if it’s pre-recorded or not?).”
-Alayna Roberts, Applications Engineer

“It is hard to cheer for a particular team when I am a big fan of a team located in Northern Wisconsin. But I do enjoy the game, the commercials and the time spent with friends doing some living room tailgating. But to make it more fun, I will be pulling for the ‘Niners. My reasoning is they are the NFC champions; they beat the Packers so they have got to be a pretty good team (and they beat the Bears, which is always a great thing.). Also, I just am impressed with Kaepernick and his off-the-bench-to-starting-QB move that was just breathtaking to watch.”
-Doug Sumner, Product Manager, Tool Measuring Systems

“I am pouting with the Super Bowl since neither one of my teams made it, however I am definitely in for the dip and chip portion of it, heck I might even throw in a bottle of beer. I will rate the performance on the national anthem and I make the prediction that I’ll gain a pound or two watching it!”
-Daniela Pison, Executive Assistant to President

“My rooting interest is the game goes over 47.5 since most likely I will have a wager with my local wise guy.”
-Michael Caruso, Business Development Representative

“Unfortunately, my team didn’t make it to the Super Bow, but that’s ok, there is always next year. My take is that the best team will win, it always happens that way. As for the quarterback, well guess it will depend on who has his game on. Will I watch the game? Yes, I hope it is close and a nail-biter for sure. And just one more thing, I think the Harbaugh boys’ dad is so proud of them that it doesn’t matter to him who wins. Go Ravens!”
-Kathy Johnson, Accounting Assistant

We want to hear from you!

Niners vs. Ravens–who do you have, and why? Do you have a particular favorite Harbaugh brother? Want to see Ray Lewis go out on top, or in shame? Who is this all-world Colin Kaepernick guy, and how had Alex Smith kept him out of the starting job for so long? And who knew Joe Flacco was an elite-level quarterback? (answer: he’s not.)

Or, are you just in it for the chili dip and commercials, and maybe keeping an eye out for halftime wardrobe malfunctions? 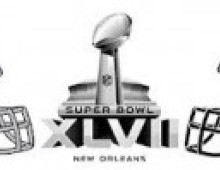 Jan 2013
Super Bowl Week, Who D’ya Got?
With the big game right around the corner, we took a stroll around the hallways of BIG Kaiser’s central offices, Hoffman Estates, Ill., to find out where our people’s loyalties lie.
Uncategorized 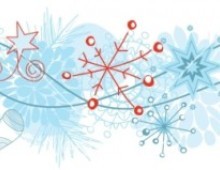 Dec 2012
Season’s Greetings from BIG Kaiser
As the year ends, we think about all we are grateful for. We treasure our relationships with our customers, distributors and corporate partners – and all of us at BIG Kaiser join in wishing you a happy Holiday Season and a prosperous New Year.
Uncategorized